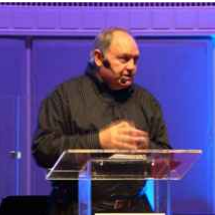 Randy and his wife Jonelle have been at Broadway Baptist Church since 1997. They have two grown children, Kristi and Greg, whom have blessed Randy and Jonelle with seven grandchildren. Randy received his doctorate degree (Doctor of Theology) from Louisiana Baptist University in 2009, his Master's of Divinity from Southwestern Baptist Theological Seminary in 1982 and his Bachelor of Arts from Houston Baptist College (now Houston Baptist University) 1968. Randy first served in an Interim Pastor capacity for 3 years before God revealed his plan to have him stay at Broadway for now over 15 years. 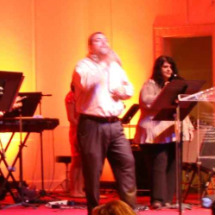 Born and raised in Houston, Texas. Elias was introduced to Broadway Baptist Church when family chose to attend services when he was a very young boy. Since then, Elias has grown up at Broadway Baptist and has held many roles over the years from Youth Minister to Singles leader. Today, Elias is happily married to Jesenia and enjoys being the father to 4 children. He loves to sing praises to the Lord and has led the church as its Worship Leader for the past 4 years. God has given Elias the spiritual gifts of teaching, compassion and giving.